The third issue of the backstage of eSport is dedicated to Rod "Slasher" Breslau, more-than-a-decade veteran of competitive gaming and eSport as a journalist, broadcaster, and enthusiast. Having grown up in the golden age of PC games such as Quake and StarCraft, Slasher now covers all aspects of competitive gaming, including all games and game genres across all platforms. He is now the lead eSport editor for GameSpot, co-host and producer of the first eSport talk show, Live On Three. 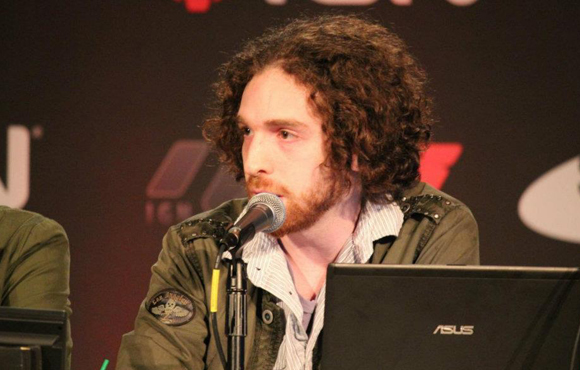 The Gamer : From mAc to Quake

Since his youngest age, Rod is into everything when it comes to video games. Street Fighter II’s arcade mode was his first Versus Fighting game. At the age of 6-7, he starts on FPS gender with Nintendo 64’s Golden Eye, then Doom I and Doom II on PC. But the game that led him to discover the electronic sports was a RTS game: WarCraft II. When he realized he was able to play online with friends, through the TCP/IP connection, he became completely addicted to competitions, spending 6 hours a day at least on his computer. After he made the leap from the multiplayer mode to the online mode, he already knew he wouldn’t be able to go back to solo or offline mode anymore, no matter how evolved the artificial intelligence of the computer can be.

In 1999, he plays a lot to StarCraft I, and the beginning of the years 2000 is the start of his first true experience on battle.net. It’s at the same time that he joins mAc, his first team, the first Macintosh-users only clan, which is still active today, after more than 10 years, which is a thing Rod is very proud of. He finds out it will be extremely hard to be a top player on Brood War, given the absolute domination of the Koreans. This is the time when he chose his pseudo, Slasher. Originally, he wanted to write it “$lasher”, with the dollar sign, because he thinks it was cool. Unfortunately, using the “$” for a Battle.net account was and still is impossible!

It finally is on Quake II, after skipped Quake I and Quakeworld, that Slasher starts to train hard, and he becomes one of the best North-American players. He will play Quake II for about seven years, in almost all the competitive modes (CTF, TDF, Duel), then Quake III VQ3 and CPM for about 1 year and an half, 2 years, and finally Quake Live, until the beginning of the closed beta. Quake is the game that allows him to be really well known in the eSport community, to travel across the world for international tournaments such as DreamHack, in Sweden, and to meet stars from the Quake scene, such as Dennis “Thresh” Fong and the other members of the famous American team Death Row.

Quake is “his” game, and it is not a trivial thing if his Twitter profil’s image is the Quake Logo. 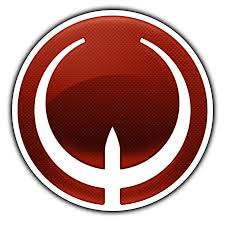 The Journalist : From Metal to eSport

Rod Breslau started writing on the website of a friend’s Metal band. For the record, he also promoted the famous Norwegian Black Metal band Mayhem. He never took journalism classes, thinking that he wouldn’t need an elegant writing style to share information or create new connections with people.

In 2002 and 2003, multiple eSport scenes emerged on a global scale (Quake II, Counter Strike, Brood War, WarCraft III). In parallel to his player career, Slasher slowly makes his way behind the eSport scene: writing reviews, promoting game, marketing, event coverage, and more. With his many years’ experience of the American and global Quake scene, he gets recognition from event casters, organizers and admins and his word weights more and more in the community. Very active, he works freelance for many known eSport websites such as GotsFrag, GamesRiot and SK Gaming. 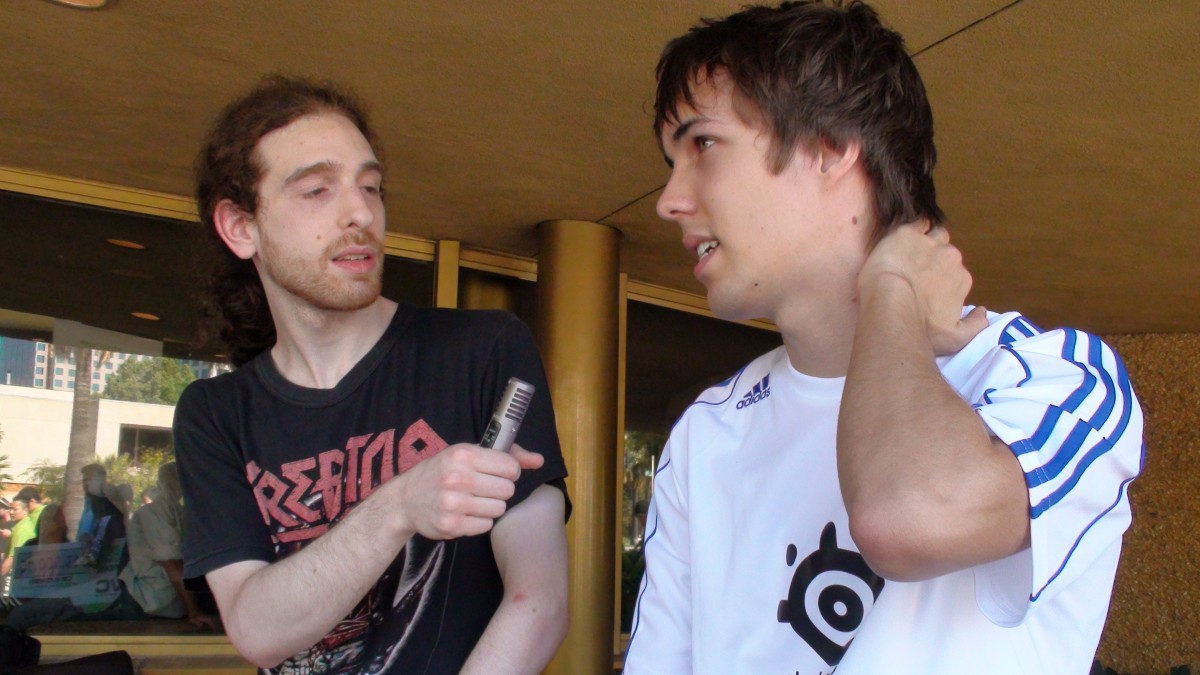 From 2005 to 2006, he becomes a part of ESReality’s editorial staff, a pre-eminent website for the Quake scene as is Team Liquid for Starcraft or Shoryuken for Street Fighter. From 2007 to 2009, he co-casts the live broadcasts of the QuakeCon as consultant for different media: GGL, PlanetQuake3.net and Live One Three. In his own words, he always considered the QuakeCon as his “home game and home event” and he always kept good relations with id Software, the game developer. But in 2010, he was banned from the event for having broken the non-disclosure agreement on the new Quake Live maps during “Closed Beta” test phase. Furthermore, whether omen or mere coincidence, the game will not live up to the expectations… 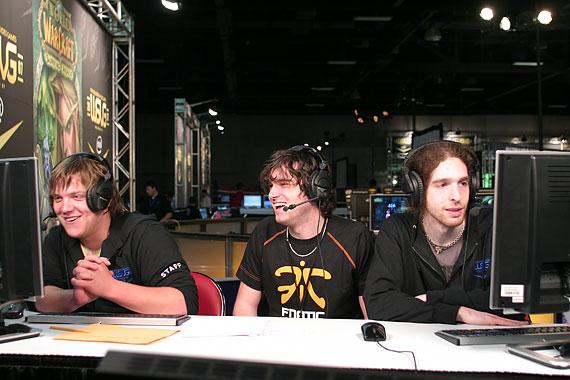 Slasher will then extend his media scope, getting into the eSport scene globally. In January of 2009, this is the launch of the 100% eSport talk show Live on Three, for a behind-the-scenes look and in-depth discussion on the state of pro-gaming, featuring interviews with the pro gamers and eSport figures interviews, as well as previews and reviews of events. He co-casts the show with Marcus “djWHEAT” Graham who works for Twitch TV at the moment, and Scott “SirScoots” Smith who announced last December that he was leaving Evil Geniuses. The show takes place every Wednesdays, with the slogan: “Pro Gaming without the Fluff”. 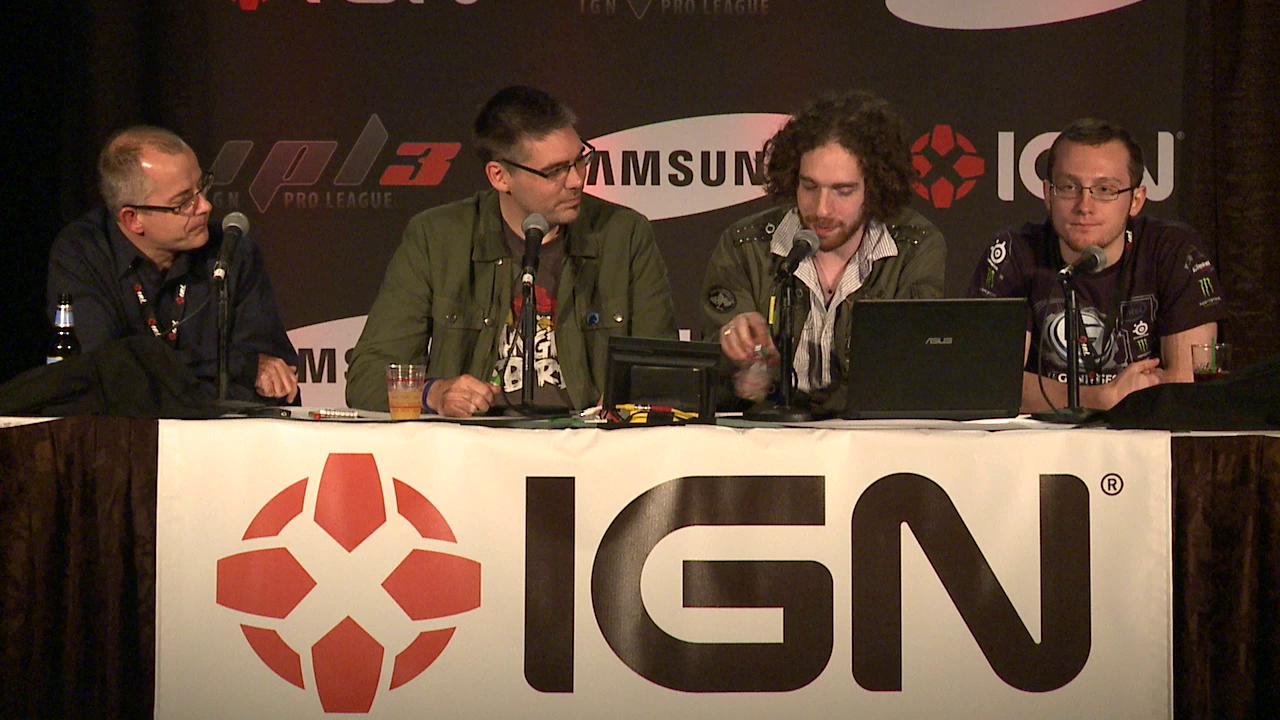 From 2011 to 2012, Slasher works for MLG as the head of the communication and eSport consultant. On StarCraft II for instance, he’s in charge of the post-match & backstage interviews during the MLG Winter Arena. On the beginning of 2012’s spring, he becomes the full-time lead editor of GameSpot’s eSport section. For GameSpot, he makes a coverage of the EVO 2012, offering interviews of the best Versus Fighting players in the world and he also assures the coverage of the 2012 WCS America, among other things. Anyway, his deep and guttural tone of voice now resounds in every major event organized in the US! 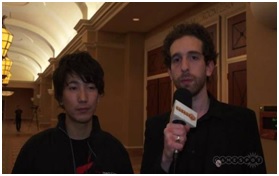 From 2011 to 2012, Slasher works for MLG as the head of the communication and eSport consultant. On StarCraft II for instance, he’s in charge of the post-match & backstage interviews during the MLG Winter Arena. On the beginning of 2012’s spring, he becomes the full-time lead editor of GameSpot’s eSport section. For GameSpot, he makes a coverage of the EVO 2012, offering interviews of the best Versus Fighting players in the world and he also assures the coverage of the 2012 WCS America, among other things. Anyway, his deep and guttural tone of voice now resounds in every major event organized in the US!

But beyond his part as a journalist, Slasher now takes place as one of the most listened figure of the eSport scene (detractors consider him an « attention whore »). In February of 2012, he published the editorial “the State of eSport: 2012” in which he explains the signs that tends to indicate the high growth of eSport with more and more stars, money and a bigger interest of the public for eSport. On the 1st and 2nd of March 2013 in Boston, during the 7th MIT Sloan Sports Analytics Conference by ESPN, he moderated the panel “the eSport Explosion” with, as participants: Sundance DiGiovanni (Major League Gaming), Mike Morhaime (Blizzard Entertainment), Kevin Lin (Twitch) and Daryl Morey (Houston Rockets). Still in Boston and still in March 2013, he organized with djWHEAT the conference “eSport: Past, Present, Future” during the PAX East 2013. As you can tell, this guy has eSport in his blood! 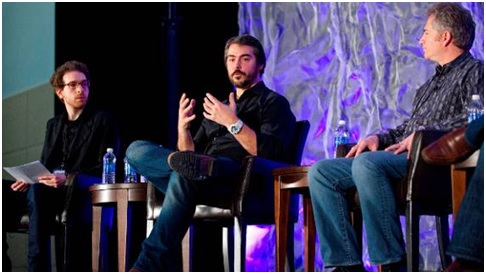 With his short hair, nerd glasses and classy suits, has Rod “Slasher” Breslau become the new ambassador of eSport? 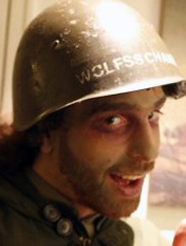 - Originally, he wanted to write it “$lasher”, with the dollar sign. Unfortunately, using the “$” for a Battle.net account was and still is impossible!

- He is a former Quake Pro gamer. Quake is “his” game, and his Twitter profil’s image is the Quake Logo.

- His first team was mAc, the first Macintosh-users only clan, which is still active today. He’s very proud of it.

- Back in the day, he has very small clothing with five shirts only! Today, his wardrobe beefs up with a more elegant style.