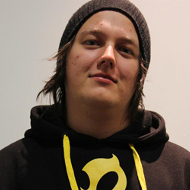 Hello Ted 'Kowa' Hansson, thanks according us this interview. You are playing on Shootmania for team Dignitas with Gareth 'GaRpY' Marshall and David 'Zaccubus' Treacy. You play together for a long time, how it's going on ?

Yeah we have played since the start but due to GaRpY's work and other in real life stuff we don't get enough practise thats the only thing I could wish for in regards of improvements other than that it's going fine.

You qualified for ESWC, winning UK Qualifier, but rumors say that you will not play with the main line-up ? What will be the players to represent Dignitas in Paris ?

It's true we won't have our main line-up because GaRpY will be in South Africa for a while so unfortunately he can't join us in France.

But instead me and Zaccubus is playing with nVc that will have the hard task to fill a huge gap but we are confident in his skill and we know he will do fine.

How was the UK qualification? Did you played with nVc ? Have you encountered any difficulties?

The UK qualification was only 3 Teams but double elim so we played infused first and won with 3-0, then GoML also 3-0 victory and then again vs infused and yet another 3-0 victory but however you should not underestimate those teams the games was closer than they look.

We did not play with nVc cus GaRpY was still available to qualify with us and we didn't have much practise with nVc at that point so we didn't risk loosing because as I said GoML and infused should not be underestimated at all they're good teams.

The only difficulties we encountered was small things that made us loose rounds we should not have lost so we learned some things for our playstyle and tactics but I can't go into details ;)

ESWC coming soon, are you confident with this new line-up ? What are the teams that you dread?

I'm not 100% confident yet but I'm sure this will change after we get some hardcore practise in with nVc because right now we don't know eachothers playstyles as good as you should do in a solid team. So if we get the practise we need there is no team I fear but it would be nice with some revenge vs Eclypsia and TCM since they beat us in the IPL qualifiers.

You will probably have the opportunity to take revenge ... A prediction for the podium?

I hope so ! ;)
I never include myself and my team in my predictions because its obvious we will win, ;) so my prediction now is:

I hope you succeed ! Thank you for your answers ! I'll leave the last word if you thank your team etc.

Thank you for this interview, thanks to my team for putting up with me, thanks to all our fans and most obviously thanks to our sponsors for letting me do what I love. 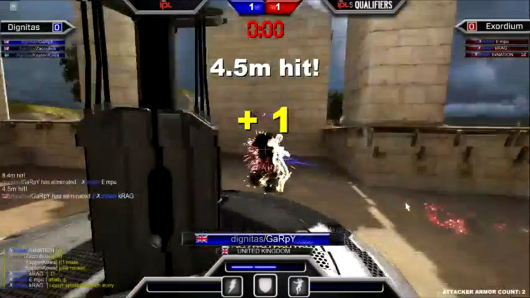