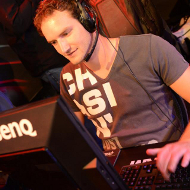 Hello Frederiek 'Frantic-' van Gammeren, thanks according us this interview. You left Eclypsia in early September and you joined David 'diddix' Glaas, and Christoffer 'luxxiz' Losell. You are now playing for TCM-gaming, how it's going with this team?

Hello! That's correct, our current team is going well. Luxxiz and I teamed up after I left Eclypsia and were looking for a third player that would suit in nicely. We found this player in diddix and ever since we started playing with this line-up everything fell in it's place. We're having a lot of fun while making good results as well.

It's good to hear ! You recently qualified for ESWC, winning Nordic Qualifier, what teams did you encounter? Was it difficult or just a formality ?

We had to face Swedish Aimers in the first round which was a pretty convincing win. These guys are not to be underestimated on the IPL maps but on the ESWC maps they were still a little weak.

In the second round we had to play Thrice which was a bit more tough than round 1. We still managed to win with a comfortable 3:0 score.

In the grand final we had to face Spelpunkten, a team that had been practising a lot to give us a great fight. It was great fun to play these guys as they were so motivated and they actually did really well, taking some attack rounds in a few maps.

In the end we did not lose a single map, which makes it look like an easy run, but the teams we played are not to be underestimated. They did a great job.

Swedish Aimers got an invitation, so you will maybe face them again. Almost all qualified teams are now known, what do you think of your next opponents (Dignitas, Eclypsia, M.int etc.) ? Think you can get a good result ?

The best teams from europe and USA will be coming to paris to battle it out, ofcourse we expect it to bring some tough games. However, we do believe that a top3 placing is a realistic goal for our team.

Dignitas will be playing without GaRpy, who is in my eyes the key player of dignitas. This gap will be filled by nVc, who is a good player himself but isn't equal to GaRpy in my opinion. All in all i think dignitas will be a little weaker on ESWC.

Eclypsia have made some changes recently, having said goodbye to ScHiscH and welcomed strenx aboard. This has made their team a little bit stronger, making this one of our top rivals.

Millenium International, with the big names from Quake is always a pleasure to play against. We've done a few practises with them and they managed to do well on the IPL maps. On the ESWC maps however, they haven't impressed us, seeing their latest results during the international qualification tournament.

Another team to look out for will be colwn, together with Eclypsia I see them as our main rivals for this tournament.

Okay, let's talk a bit about the game: Shootmania was released in beta for the past few months, what are your impressions? Do you think it will succeed over time?

Before I started playing I was not interested in shootmania at all.. until I got a key from Hypno (thanks again!). I started playing and was having so much fun right of the start. But also I did notice that quite some stuff has to be fixed for it stay succesfull. At this very moment I think some maps need improvements as they have been edited into the wrong direction. Examples for this are, taking away the higher ground jumps on Castlecrasher and removing the wall near the jumppad on Thecastle. These jumps gave more possibility's to the maps and I'm unhappy about that being removed. On the long run this should not be a problem though, as the community is able to make their own maps, which is something I really like about this game. On top of that, I'm just loving the action you can get as an attacker in elite, having all the pressure on you. Also the other gamemodes like Royal, Battle and Siege can be really fun to play with a lot of action! =)

Thank you for your answers ! I'll leave the last word if you thank your team etc.

Thanks for this interview Antoine.

I'd really like to thank our sponsors over at TCM-Gaming. They've been really kind, supporting us with awesome gaming gear from CMStorm and on top of that I'd like to thank BENQ, Coolermaster, CCL and Multiplay for supporting us where they can for all the big offline events! 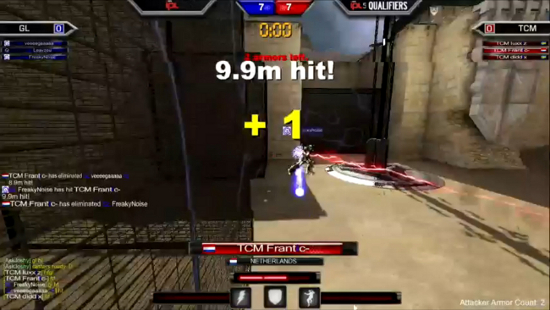