Jakub « Creaton » Grzegorzewski is AD Carry for Alternate ATTAX. He joined this team after a long travel all over Europe with  former teams. Today, he is answering to Millenium in an interview about his current course and his feeling about current LCS. 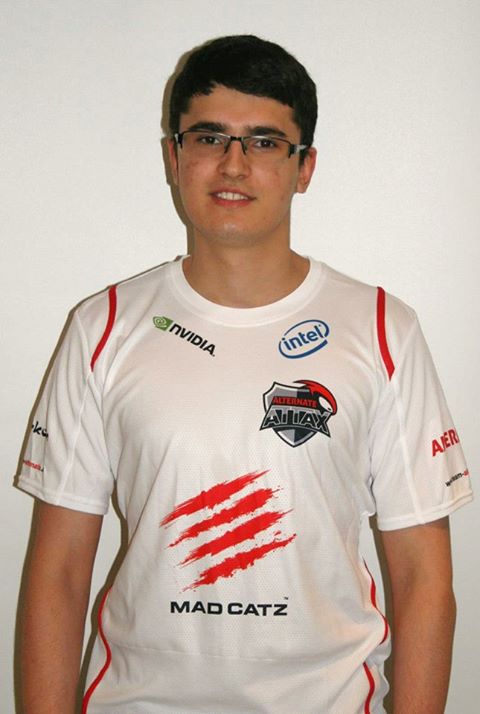 Obodrel : Hi Creaton and thank you for taking the time for answering our questions. Recently you were propelled into the spotlight, but you're not a new guy on the LoL competitive scene. Yet, some people might not know you. Could you speak a bit about yourself ?

Creaton : Hey, my name is Jakub Grzegorzewski, currently playing LCS summer season for team Alternate, in past i played in teams like Curse.EU, Millenium, Acer.

As it is known, you were part of Curse.Eu. But you previously played for HCL/exHCL and Acer.pl with well-know players such as SuperAze, Celaver or Overpow. What was the best memory you have from that time ?

Creaton : I think Curse.Eu gave me a great opportunity to travel all around the world, with them i started travelling over all the amazing countries.

You were, with SuperAze, the new bot lane for Curse.Eu. Was it hard to adapt to a complete new team with language changes?

Creaton : Nope i don't have problems in communication and i easilly adapted to new supports.

You were already known for your Ezreal, but what did you feel during The Tales Of The Lane, the first major tournament you won?

Creaton : ToTL was huge for me, first European tournament that we won, but right after we had really bad times with Crs, we started fighting and i smelled end of this team.

After this event, your team was self-confident. You didn't train much knowing you could easily win the THOR, but SuperAze disagreed. And then after the loss the team splitted up. What were you feeling at that time?

At the same time you splitted up, Eclypsia did the same. And fortunately or unfortuantely you came with Angush to Millenium in order to build a competitive team with ImSoFresh, Tabzz and Haydal. The outcome went, and you didn't qualified for the LCS twice. Was it hard not to have results, even after having a new support ?

Creaton : In Millenium at begging we did really well i was really happy about it, but after we failed in qualification, there wasn't much tournaments for us and we lost all the motivation.

Now you're part of Alternate ATTAX, which you qualified to play in the LCS with. Tabzz did the same thing with Sinners Never Sleep, now Lemondogs. Do you think that it's better to have a skilled team with players regrouped only for their level in soloQ, who work after on the cohesion, or a team you're really part of, and you've got friends in, and then try to catch the level?

Creaton : I think friendship and atmosphere is the most important things, when you don't play that good and you have good friends in team who wants to keep playing and improving it's the best.

Speaking of Alternate, how does it feel to win like crazy?

You're the one who currently gets the best KDA Ratio in the EU LCS. Are you thinking of it when you're playing, or do you try to do your best to win, even if it decreases your KDA, as we saw in GMB vs ATN ?

Creaton : For me it's a bad thing, that i have best KDA ratio, i'm not that kind of person, that won't leave the respawn and play like a pussy, but still i would prefer to be like top10 or something, because i can feel the pressure.

You also get the top season kills, top total gold, and top gold per minute. 6 ladder, you got the highest rank onto 4. It is incredible. What's your point of view onto this ?

Creaton : It's not my succes, my teammates are working on it aswell, that's pretty cool.

Which team are you the most scared of?

Creaton : I'm not scared of any team, but i think Gambit and Fnatic are our biggest opponents in this split.

How do you feel the competitive scene going nowadays with the LCS, OGN, ... ?

Creaton : It's really good ! Even amateurs have alot of tournaments like this, love to see this guys playing and having an opportunity to prove themselves.

Are you following the asiatics and american scenes, or do you focus on the european one only ?

Creaton : I focus on european scene only, back then i was watching alot of OGN, but not anymore.

To your mind, what's the best team of the world at the moment? And if you had the opportunity to create it, who will be part of the best team ?

Creaton : I don't really know who's the best, but probably Chineese/Korean teams and i would make my perfect team with 5 Korean or Chineese players, because they are really motivated and strict.

Everyone is seeing you playing Ezreal, and so think that it's your favorite champion. But you were also known for your Nunu. Who is your prefered character in Lol and why ?

Creaton : I think Ezreal is the most enjoyable champion for me, just love his mobility, always you can make "big plays" with him.

Got any last words for your french fans and all your followers around the world?

Creaton : Thanks to everyone for support, if you have any questions, just follow me on facebook, also soon you will be able to support us by buying Team Logo in Lol Client.